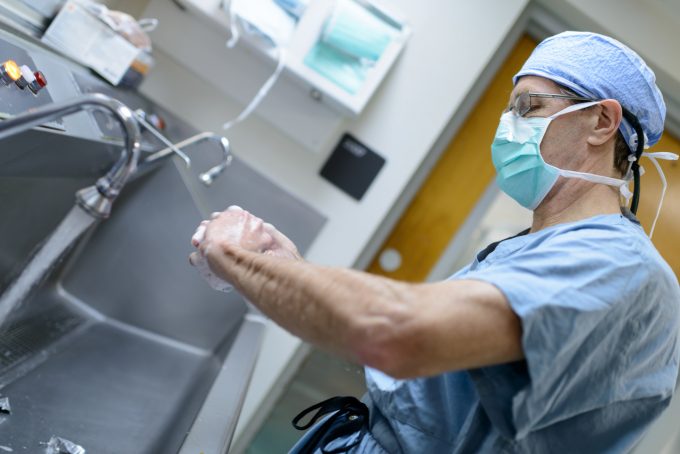 The majority of epilepsy patients achieve adequate seizure control with the use of anticonvulsant medications (or antiepileptic drugs; AEDs). However, a substantial minority (about 30%) of patients continue to experience disabling seizures despite adequate trials of AEDs – this population of medically intractable epilepsy patients may be candidates for brain (or other) surgery. Based on current census, there are over 10,000 patients with such a severe form of epilepsy in the State of Florida, and surgery – as everywhere else in the nation – remains an underutilized treatment for epilepsy. The epilepsy surgery program at the University of Florida was started in 1992, and since then we have performed over 1500 surgical procedures for epilepsy. Today, our epilepsy surgery team combines a substantial historical experience with adoption of the emerging technologies of stereoelectroencephalography (SEEG), minimally invasive approaches (laser ablation therapy) and responsive neurostimulation (RNS) to offer a truly comprehensive treatment approach tailored to the individual patient.

Surgical therapy for epilepsy follows a detailed, successive and multidisciplinary approach that are numbered Phases I-IV.  Prior to entering this step-ladder pathway, the treating team at UFHealth ensures through AED treatment trials that the patient indeed has a pharmacoresistant epilepsy. In contrast to years ago, the diagnosis of pharmacoresistant epilepsy can be made relatively quickly – within a 1-2 year period of trials of just a handful of appropriate AEDs.

Inquiries regarding the University of Florida epilepsy surgery program may be directed to: