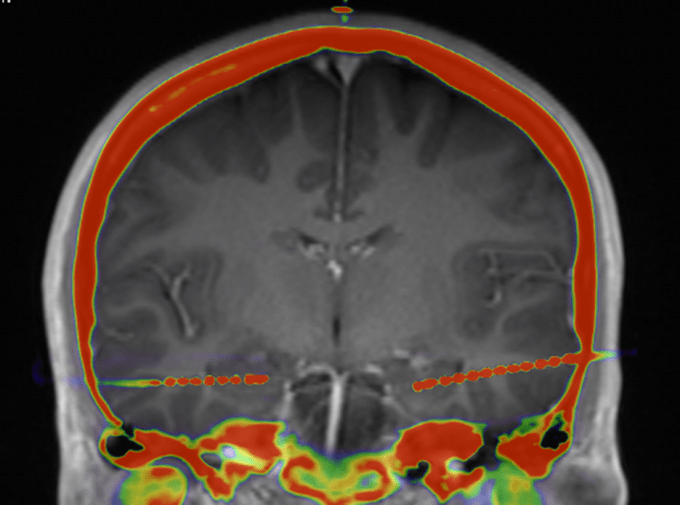 Stereo-electroencephalography (SEEG) was invented by the French team of neurosurgeon Jean Talairach and neurologist Jean Bancaud in the 1960s. The technique of SEEG remained confined to European and Canadian centers for several decades before becoming rapidly adopted worldwide from about 2010 onwards. SEEG is now seen as the preferred method for invasive evaluation of refractory focal epilepsy, though in certain specific instances subdural grids remain a better choice. SEEG became available at UF in 2018, following which we have grown into a busy and successful service.

Stereo-electroencephalography (SEEG) a method of recording brainwaves (EEG) from inside the head. Your treatment team would have made the decision that this is the best next step to understand and effectively treat your seizure disorders. The decision for SEEG is based on the results of your video-EEG monitoring in the hospital, MRI scan, neuropsychology tests and any other tests you may have had. Our team is highly experienced in performing these electrode placements inside the brain and analyzing the signals from seizures recorded in this manner. Placement of the internal electrodes requires an operation under anesthesia and monitoring of your brain signals for several days afterwards while you remain in the intensive care unit for added safety. Following data analysis, the electrodes are removed and you are discharged home, typically within 24 hours. The actual epilepsy surgery is performed several weeks later, after all the data is fully analyzed. Your doctor and our team will thoroughly discuss with you and your care takers so that you fully understand why and how SEEG is done, and how the brain signal data will help your medical team to offer the best surgical treatment for your seizures.