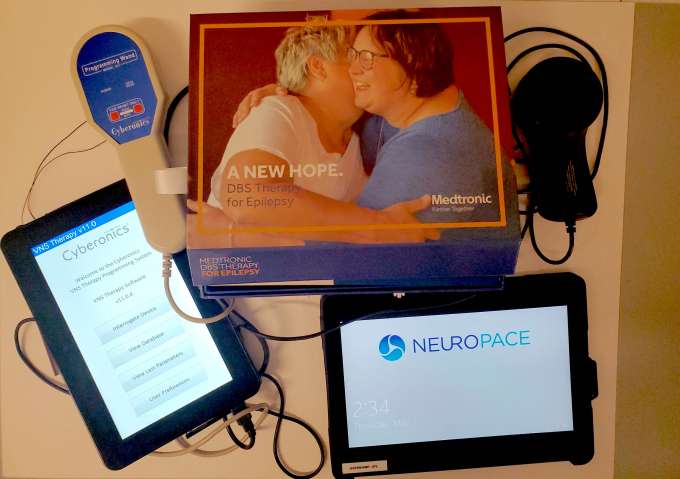 While the traditional methods of treating epilepsy – with antiseizure drugs and with brain surgery – continue to advance, a further method of controlling seizures – neuromodulation – is rapidly evolving. ‘Neuromodulation’ is the process by which certain brain areas are activated electrically so that they may influence other brain areas to reduce the tendency for seizures. The science behind neuromodulation remains incompletely understood, but the positive effect on seizures can be significant. The first neuromodulatory treatment to be FDA-approved was vagal nerve stimulation (VNS), but in recent years RNS (responsive neurostimulation) and DBS (deep brain stimulation) have been approved for use in selected patient populations.